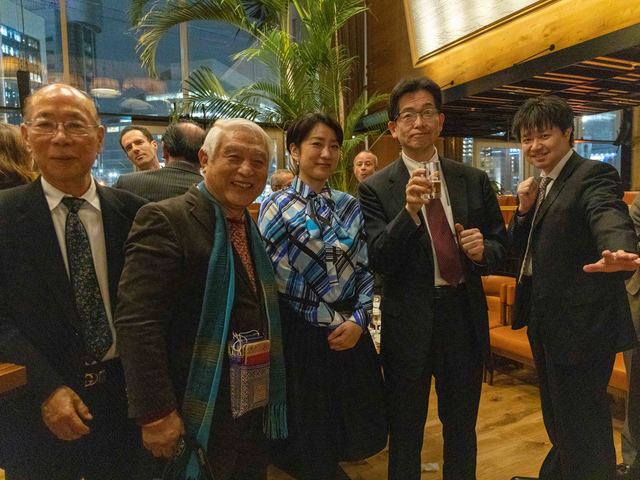 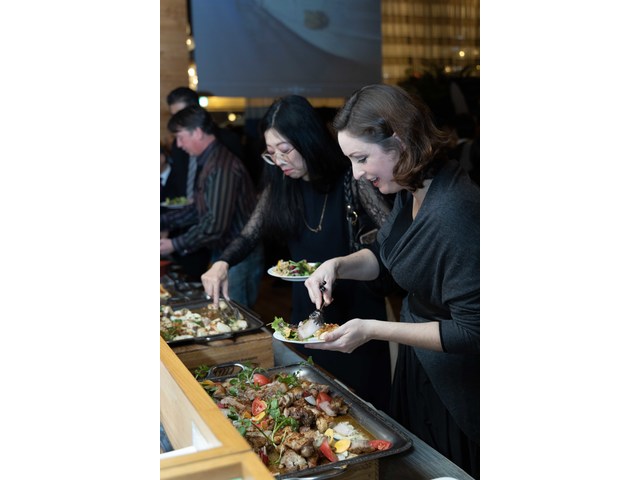 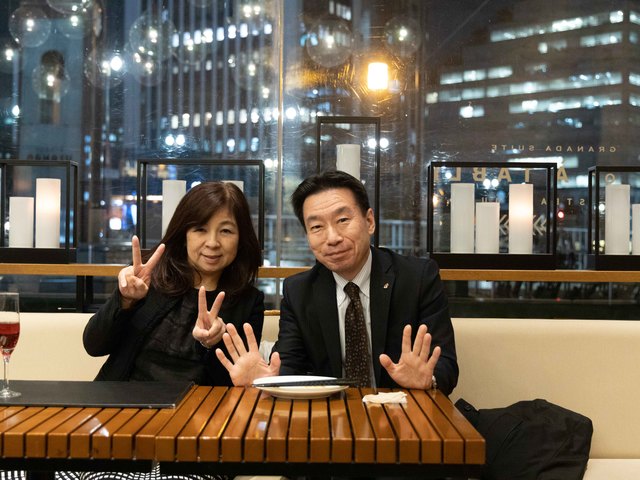 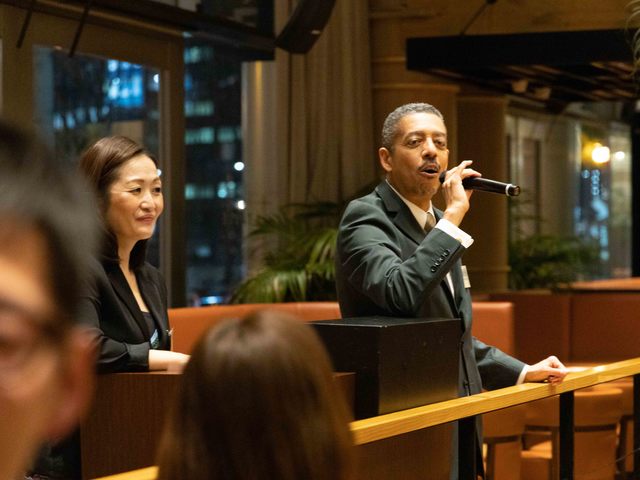 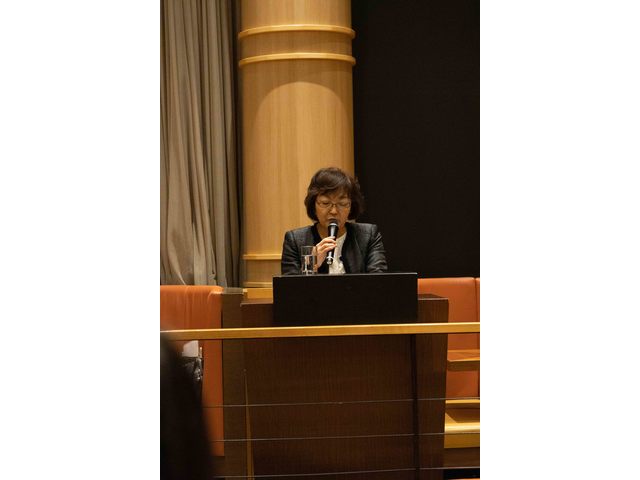 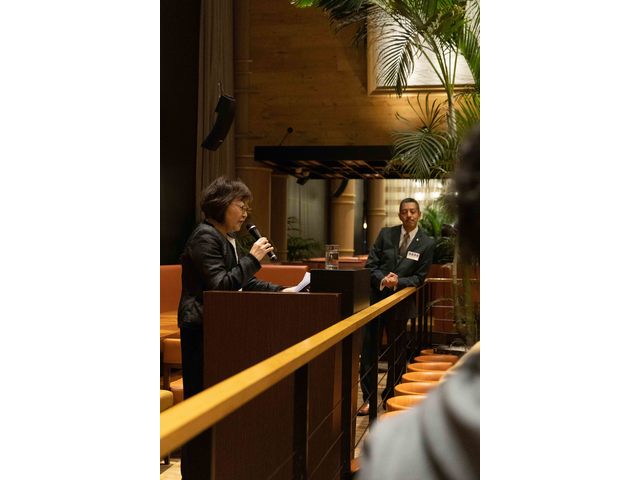 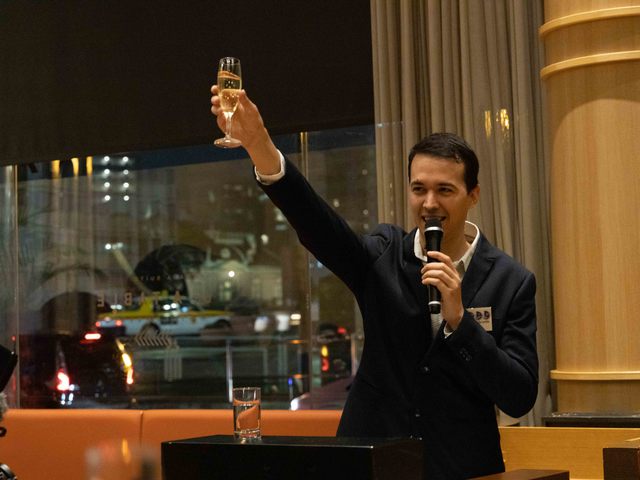 Its official, On A Table restaurant is the hands down favorite of Fukuoka's international business community. Returning for an unpresdented three concecutive years to celebrate the annual Kokusai Shinenkai!

As the main dining room began to fill and the buzz and anticipation mounted, our main speaker sat in a corner preparing for her debut to the Fukuoka interntional business community. Ms. Reiko Shimoda, president and founder of American Chatter Box. Reiko focused on the new phenomenon of japanese companies focused on gaining profit share in international markets by loading up on english speaking staff to do their bidding! Reiko's soft voice and earnest tone, quieted the crowd who listend patiently. Reiko, fluent in english herself took no questions as she finished her speech and stepped off the podium. The agenda was then modified to accommodate Mr. Muta who spoke and momorilized Fukuoka born, the late Dr. Tesu Nakamura, who was killed in Afghanistan while on a humaniterian mission. A solomn moment not withstanding, it was on with the show! Local photographer and entrepreneur William Adama, began his self-introduction with a glass of wine in hand (French wine of course). While flashing his youthful smile he quickly raised his glass and blurred out ..."kampai" shocking the audience who was barely ready to receive it. Cries of "do over" filled the room as guest pivoted, stumbled and hurried to fill a glass. The room returned to composure as waiters filled glasses and William returned to the podium to do a repeat. Kampai! he said and the party went on!

The event focused on media, photography and featured a silent slide show of the works or William Adama while drone pilot and camera man, Nigel Paquin roamed the room taking flash shots of the adoring crowd. In the age of the smart phone and selfie pictures the photo corner proved most popular as guests posed, flexed and smiled for the camera!

freelancers, inventors entertainers, astists and media. Old friends and new faces mixed and mingled creating the new bonds that sustains the community and strengthens it!

The clock ran out the time, like a flash the MC was already thanking guests, venue owners, organizers and supporters. Mr. Hide Nakamura who this year replaced outgoing Kanahori san as secretary general of the Fukuka Japan/America society had servived his fist Kokusai Shinenkai and earned his patiently awaited nijikai!